The lost diaries of our youth: a forgotten hobby 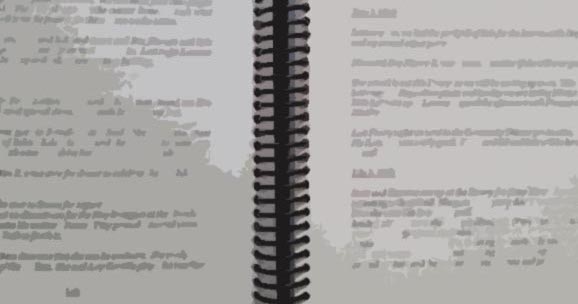 When you were a kid, there was probably a week in your life that you kept a diary or journal. Remember what you said? It was something like: “I’m going to write about my day, everyday, and lock it up with a key. This is my new hobby. And if you don’t like it, then get out of here!”

The leading part in that new hobby was that it likely lasted a week, or maybe only a little longer. Writing things down got tedious, and frankly, you just didn’t have the time! You were a really busy kid. I know. Tell me about it.

I recently finished reading a book my grandma put together. It is a compilation of letters that she wrote to her mother back when she was raising her kids in the 1950s-70s.

Let me first just say, this was a real treat to read! If we ever needed proof that life was much simpler back then, then let me also say, on the record, that yes indeed it was. (Please make sure that is on the record.)

After my grandma got married and moved into her first home with my grandpa, she started writing letters to her mother twice a week. Phone calls were expensive, and this was the best method of communication at the time.

Now hold on, OK? Think about this type of communication: a letter, after mailed, would take a few days to get to its recipient. Immediacy was a luxury. Phone calls only came with emergencies or moments of really big news, like engagements or new babies. But here’s the thing: people were OK with receiving a letter a few days after news was hot. Even the babies were patient.

In these letters, I learned that my grandma’s kids always had a job. The kids needed spending money and started working when they were young. My grandma sewed a lot of their clothes, and was in fact quite the seamstress. My mom would work hard to get the lead in school plays so that her mom (my grandma) would sew her a pretty dress to wear. The kids were outside a lot, and seemed to stay very busy.

All without mobile phones. All without the Internet. Only a little TV.

My grandma noted that she thinks kids today are entitled. And to be honest, I agree. The whole descriptor around Millennials is especially relative to that notion of entitlement. Could you guys just get the scissors and cut it out? I mean, could you care a little less about all your gadgets, positive self-image, need for entertainment, and worry over acceptance? Also, could you stop being so electronically literate and talented at multi-tasking? And I won’t even start on the younger generation, Gen Z. Remember, I’m not a fan that those younger kids are getting smartphones.

To all my Millennials out there: our parents have been pretty great to us. However, times are really different.

The technology and high-speed life that surrounds us today is the result of years of research, testing and improvements to regular commodities. And just like the dinosaurs, we’ve adapted to our environment, so much so that we really won’t go anywhere without our phones. You never know when someone is going to call!

But back to the letters.

Writing things down, such as a recount of your day, is a lost hobby. I can’t say I know anyone who has a diary or journal. I like to write, but never got into journaling when I was younger. And looking back now, I wish I did. I think it would be really neat to read my entries and remember my thoughts back in the day.

That’s one of the reasons I started this blog. To at least have a place where I can record some thoughts about things I’m interested in. And maybe every so often, include a personal bit about myself. Because writing is good for you.