What does it take to get me hooked to your TV pilot? 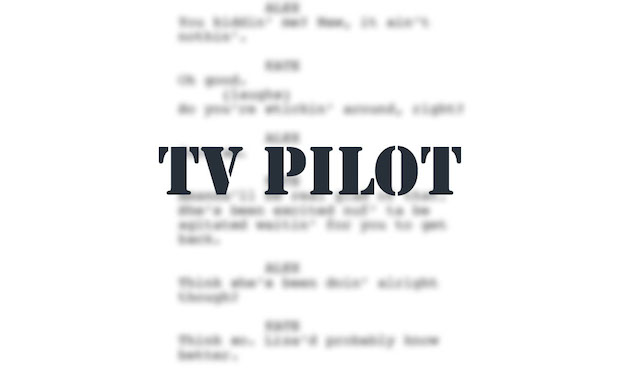 I love TV. And I still love watching scheduled television programming on an actual TV. Does that make me weird? Oh absolutely! When I hear about new TV shows that are set to debut, I get really excited.

The TV pilot is the first glimpse into a new series. It’s what network execs use to determine the likelihood of success for a new TV show. If the network likes what it sees, we get to see the pilot too, and usually an order of first season episodes.

As I’ve analyzed TV over the years—for educational requirements and sport—I’ve come to find that good writing is key. Mix that with the people—on camera and off—and the production components and promotional elements, and you’ve got a complicated equation of what will make it and what gets the cut. Remember, some shows don’t even get to showcase episodes beyond the pilot.

I occasionally get critical in my assessments, so here is my list on getting me hooked to your TV pilot:

Somebody in the cast has to be well known – and let’s hope it’s the main character. I’ve seen shows where the cast doesn’t feature any names with equity. It just doesn’t work. If that famous actor is known for his/her work on another program, the role needs to have a clear distinction from the previous job.

It doesn’t need to be the focus of the show. Just there to reassure us that everybody is human and has feelings, too.

A consistent marketing schedule needs to take place leading up to the premiere of the show. Don’t be afraid to mix it up from traditional media. That leads into my next item:

Twitter is officially the social network of the second screen. Knowing that the actors, producers, writers and crew care about the show, and seeing their tweets, makes me want to tune in. Don’t discount the value that social media can have for your show’s big premiere.

Cast chemistry is essential to a successful television program. Rushing the plot won’t get you anywhere in the pilot. Your audience can only focus on so much. Just assume they are using at least two other technological devices while tuning into your program.

Worried the show might get cancelled? Don’t let it show in your pilot. I like shows that move ahead with the assumption that season 2 is a given. Whatever the faults may be of that show, push another strength (ahem writing) to the limit. Prove that the series has longevity. As a viewer, I want to return to my couch at the same time every week to watch the latest episode. I am that type of viewer. I just need reassurance that it’s worth my time and attention. With that said, leave me wanting more at the end of the pilot. Like I’m standing at the edge of a cliff with a hanger in my hand.

These are the anchors that you want made of steel. And if Amy Poehler or Tina Fey is producing the show, you have my heart.